Colerain High School is pleased to announce Felicia Waldock as the next Head Girls Soccer Coach, pending board approval.

Felicia (Schroeder) was a standout prep soccer athlete at Oak Hills High School (Class of 2005), where she finished her career as the 3rd all-time scoring leader, including 37 career goals.  While at Oak Hills, she was a three-time GMC All-League performer including 1st team as a Freshman and Senior. After high school, Felicia’s collegiate career began at South Carolina, where she was the team’s leading scorer as a Sophomore, then transferred to Purdue her junior year, where she helped lead the Boilermakers to a Big Ten Championship her senior year, and a #4 national ranking heading into the NCAA tournament.
After college, Felicia went on to compete professionally in Finland and Sweden, and collected three gold medals for the US Women’s Deaf Soccer team, twice in the Deaflympics in ’09 and ’13 and the Deaf World Cup in ’12. Felicia is currently an ASL teacher at Colerain High School. Recently she has been an assistant coach for Ohio Elite Soccer Academy, University of Cincinnati, Texas A&M International, and Benton Central High School in Indiana.
“There are not many other female soccer players from the Cincinnati area, that have a more decorated career than Felicia’s. It’s very impressive. I’m really looking forward to the impact she will have on our girls soccer program.”   – Craig Ulland 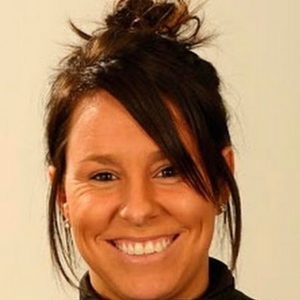 3rd All time in Scoring

Lead team in scoring as a Sophomore

Tied for team lead in scoring as a Senior

#1 seed in NCAA tournament, #4 in the Nation

US Soccer Disability Player of the Year in 2012