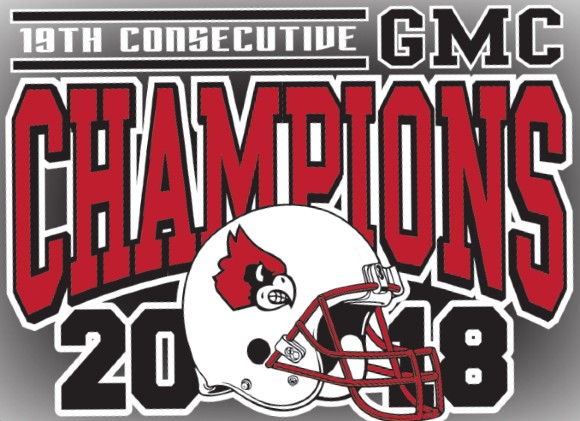 Colerain High School Athletic Director Craig Ulland released to WeAreColerain.com the 2019 Varsity Football schedule.  Below is the schedule and highlights for each week of the season.

** All helmet graphics courtesy of OhioHSHelmets.com **

The Cardinals open the 2019 campaign against a region 3 power, the Wayne Warriors, in the Backyard Blitz event.  Colerain last battled Wayne way back in 2015 in the State Semi-Finals.  Colerain holds an all-time record of 4-2 vs. Wayne.  This game will act as the introduction of Shawn Cutright as the new Head Coach of the Cardinal program and like the previous two coaches before him, he is not afraid to schedule tough opponents out of the gate.  This winner of this game will get a leg up in their respective region for Harbin positioning at the end of the season.

Colerain vs. St. Xavier…Cardinals vs. Bombers….GMC vs. GCL…call it what you want, it is THE non-conference rivalry game in all of Greater Cincinnati.  These two powers have met on the field of play every year, without a break, since 2005.  Starting in 2011, these two schools agreed to meet every year during the regular season and the games have been incredible!  During that timeframe, the Cardinals are 5-3 in the regular season against the Blue team from North Bend Road.  In the playoffs during that same time, Colerain is 4-3.  Last year, the Cardinals ended St. Xavier’s season in week 1 of the Region 4 playoffs, 35-9 and have won 3 in a row in the series.

Colerain begins the quest for their 20th straight GMC Championship, 21st overall, against THE program they have faced more than any other in the conference…the Oak Hills Highlanders.  The Cardinals and Highlanders have faced off 57 times in their history with Colerain holding a 39-18 advantage.  Due to GMC scheduling changes, these two teams did not play last year.  The last time they did meet was week 10 of the 2017 season, a 37-6 Colerain victory.  The Cards have won 24 games in a row against Oak Hills dating back to 1993.

Circle this one on the calendar.  The Cardinals travel to Princeton to battle a Vikings squad that is LOADED with D1 talent all over the field.  The former king of the GMC is looking to rebound after a 2018 campaign that saw them forfeit their first four wins of the season and finish off with a 3-7 record.  Head Coach Mike Daniels has all the talent necessary to put a real scare into the Cards as they look to bring back the glory days!  The Cardinals at 18-13-2 all-time vs. Princeton and have won 15 straight games dating back to 1999.

Colerain hits the road for the second week in a row and travels north to Middletown to battle the Middies.  Armed with a new Head Coach and GMC 1st Teamer Josh Bryant (2021), Middletown will look to do what only THEY have done…beat the Cards in conference play.  The Cards are 21-6 all-time vs. Middletown and have won eight games in a row dating back to, well…2008 is over a decade ago but like the North…COLERAIN REMEMBERS!!

Ah, Home Sweet Home as Colerain returns home to start the second half of the schedule vs. Sycamore on Homecoming.  The Cardinals have battled the Aves more than anyone in the conference who doesn’t have a preference for plaid (i.e. Oak Hills).  Forty-five times these two schools have met, 3 most of any opponent in Colerain’s history.  The Cardinals hold an impressive 36-8-1 mark including a 45-0 victory last year, back-to-back shutouts, a 139-7 scoring edge over the past three meetings, and winners of 17 in a row…WHEW!  Colerain seems to have Sycamore’s “number,” but make no mistake.  Aves Head Coach Scott Datillo has two GMC 1st Teamers returning and will look to spoil the Cards Dance…Card!

Week 7 finds Colerain back on the road.  This time to “The Schwarm” in Hamilton to battle Big Blue.  The Cards are winners of 18 in a row over Hamilton and hold an overall mark of 22-7.  Their last loss to Big Blue came in 1997, their first year in the GMC.

Back home we go as the Cardinals welcome the Comets of Mason to The Cage for Youth Football night.  Always a very special evening as the Colerain community gathers to celebrate the players, cheerleaders, coaches and volunteers associated with youth football in Colerain.  Can’t imagine Mason wants to see anymore Colerain red than they have to as Colerain’s dominance over teams in Green continues in this match-up.  Mason joined the league in 2007 and including a game played between these two in 2006, are winless against the Cardinals going 0-12.  Mason is the premier sports program in the GMC, without question, as they have won the coveted All-Sports Trophy every year they’ve been in the league (11 in a row!) however, this football monkey seems to be one they simply can’t get off their backs.

Lakota East went 7-3 last year, made playoffs and beat Mason before falling to R4 runner-up Elder in round 2.  It was their best season since 2014.  The Thunderhawks may be in a bit of rebuild mode as they graduated 4 GMC 1st team players.  But this game is Senior Night for Colerain so look for their near perfect record to remain as the Cards are 16-1 all time vs. Lakota East.  Their only blemish was a 3-point loss (28-25) back in 1999.

It’s WAY to early to say this game is anything more than a week 10 matchup between arguably the two best teams in the conference over the past 3 seasons…but it IS fun to think about it!  The Cardinals travel to Fairfield in week 10 to battle an Indians team who, thanks to GMC Offensive Athlete of the Year RB JuTahn McClain (2020), pushed the Cardinals hard last year at home by scoring 27 points and rushing for almost 300 yards(!).  Ultimately, the Good Guys would prevail 55-27 and run their overall record against the Indians to 20-3, including 15 wins in a row.  You THINK this game may have GMC title implications?  Let’s hope so!

Season tickets will be available for purchase later this year.  Be sure to secure your reserved seats and parking spot for what will be an exciting season of Colerain Cardinal football!