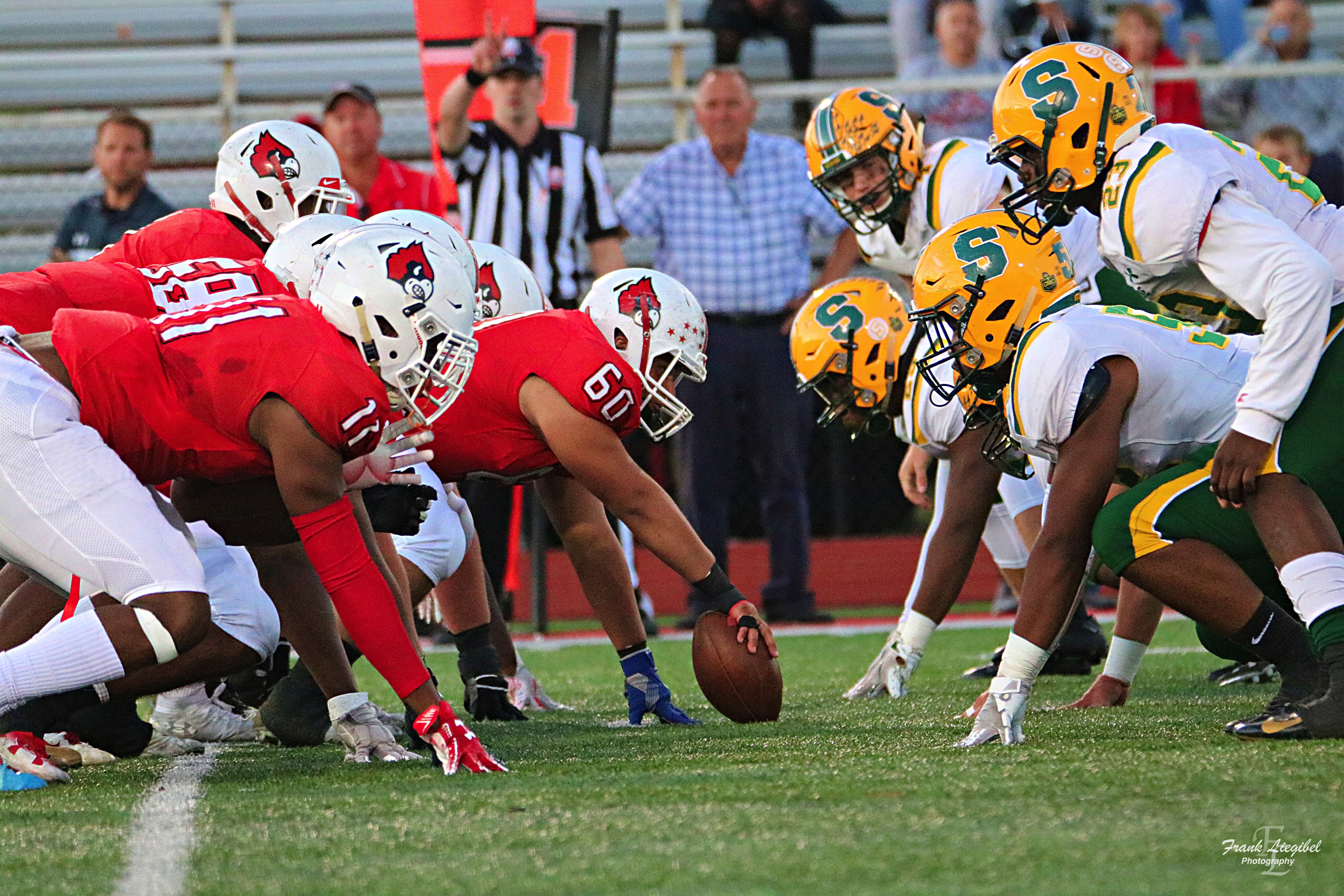 This week, we give props to Cincinnati Enquirer Donnie Menke and promote his write-up of the game between Colerain and Sycamore.

The Colerain High School Cardinals football team improved to 5-1 on the season after defeating the Sycamore Aviators, 27-7, at home.

Sycamore was forced to punt again on the following drive, but the punt was shanked and it gave Colerain excellent field position. The Cardinals were able to capitalize and drove 38 yards for the game’s first touchdown when junior quarterback Freddie Johnson ran for a 5-yard touchdown.

The momentum continued to swing toward Colerain when Sycamore muffed the kickoff. Colerain recovered the ball just 20 yards away from the end zone and was able to come away with a field goal. The 38-yard kick from junior Cameron Ott gave the Cardinals a 10-0 lead with 6:57 left until halftime.

Colerain continued to build a lead, forcing Sycamore to punt again and immediately answered with a 1-yard touchdown by junior running back Ronald Williams Jr. Sycamore fumbled on its next drive, giving Colerain excellent field position with less than a minute until halftime. Another field goal from Ott, this one from 36 yards, put Colerain up 20-0 heading into the break.

The Cardinals got the ball to start the second half, and it seemed as though their momentum from the second quarter carried over. They drove down inside the Sycamore 10-yard line before throwing an interception.

Sycamore moved the ball well on their drive following the interception, going more than 50 yards before an injury knocked junior quarterback Andrew Fehr out of the drive. The offense sputtered as a result, and it turned the ball over on downs.

Colerain scored another touchdown on the ensuing drive to go up 27-0, with senior back Hamzah Abdul-Waheed punching it in from 17 yards out. Sycamore remained scoreless until sophomore running back William Ingle broke off a 68-yard touchdown with less than two minutes left. The Cardinals ran the clock out afterward to secure the victory.

Johnson finished the day with 255 total yards, 142 coming through the air and 113 on the ground. Colerain had 198 rushing yards with sophomore MJ Flowers gaining 68 yards on the ground. Senior Jaylen Thomas also had 117 receiving yards.

Fehr finished with more than 64 yards passing before being pulled from the game. Ingles finished with 72 rushing yards for Sycamore.

Colerain will face Hamilton next week at Hamilton, while Sycamore will take on Middletown at home.